COSTA MESA, Calif. /ScoopCloud/ -- Garcia Rainey Blank & Bowerbank LLP (GRBB) today announced that the City of Buena Park, Calif. filed a lawsuit designed to halt its client, Butterfly Pavillion LLC, from completing a one-of-a-kind, world-class entertainment center for the city. Dubbed the "Butterfly Palladium," the project was to be the newest and highly sought after tourist attraction in Buena Park's plans to overhaul its aging entertainment corridor, which includes and surrounds Knott's Berry Farm.

John Bowerbank, a partner at GRBB, says that the City of Buena Park acted arbitrarily and capriciously to deny an extension to complete construction.

"By denying the extension to complete the project, and filing a frivolous lawsuit to force a repurchase of the property even though the City has no right to repurchase the property, the City has attempted a thinly veiled regulatory taking that amounts to nothing more than a malicious attempt at a land grab," asserted John E. Bowerbank, partner at GRBB. "The city's legal strategy will cause significant monetary exposure to the City, is completely baseless, and their lawsuit was filed simply as a ruse to squeeze the developer into abandoning the project, which north of $15 million has already been invested."

Bowerbank continues, "We will not capitulate to the city's attempts to bully our client into duress. Ultimately, this will become costly litigation and a futile undertaking done at the expense of taxpayers, not to mention further postponement of completing an outstanding entertainment venue and coveted attraction for local communities and visitors from all over the world to enjoy. Our client intends to file and vigorously prosecute a cross-complaint that seeks significant damages against the City as well as attorneys' fees and costs."

The City of Buena Park ("City") has filed a lawsuit following a failed attempt to strong arm Butterfly Pavillion LLC ("Butterfly") into allowing it to repurchase the location. This was done after the City Council improperly denied Butterfly's reasonable request for an extension in January 2019. The project is a highly unique concept that recreates a Central American rainforest theme built on a nine-acre development with architectural components designed and constructed from around the world. As a direct result of the novel nature of the special project, the endeavor has not been without expected hurdles, which can be overcome, and the Development Agreement itself contemplated the need for extensions to the limited construction time initially provided. Instead, as part of a meritless land grab, the City has flip-flopped and now attempts to rewrite the Development Agreement to achieve its ulterior motive using costly litigation.

Any option by the City to repurchase the Property was, in fact, terminated jointly by the parties on October 10, 2017, making it a moot argument. Moreover, the City knew at the time the construction schedule had been modified that an extension would be required. Indeed, the City's lawsuit seeking to enforce a non-existent option to purchase plainly constitutes malicious prosecution in addition to sanctionable conduct. This is a woeful attempt to undermine Butterfly's development efforts and is also a gross, egregious misuse of taxpayer funds.

Butterfly has attempted to schedule numerous meetings with City officials to no avail. Despite the City's questionable tactics and flip-flopping, Butterfly still believes it is in the best interest of the Developer, City, and most importantly, the people of Buena Park, to complete the construction and installation of this beautiful addition to the City's Entertainment Corridor. But in order to do so unencumbered, the Developer must be allowed the previously agreed upon extension of time to complete installation of the Project. Butterfly hopes the City will reconsider its flawed approach, but will continue its endeavors to beautify Buena Park's entertainment epicenter with a nature immersion experience unlike any other in the world.

"The city's decision to file suit against us is extremely disappointing," said Rubin Stahl, developer of the Butterfly Palladium. "When we started the project, the city of Buena Park was 100 percent behind us and even encouraged us to build this very unique and beautiful center for Southern California locals and visitors to frequent and enjoy with their families. But now they've had an unfortunate change of heart and the time and money we've invested in this project for the community is in jeopardy. It's not right, it's unfair, and frankly it's unconscionable. We aren't going to let the City of Buena Park rob people of experiencing our vision. We're not going away."

Our clients tell us they truly experience the "best of both worlds" at Garcia Rainey Blank & Bowerbank. For more information, visit the firm's website http://www.garciarainey.com/. 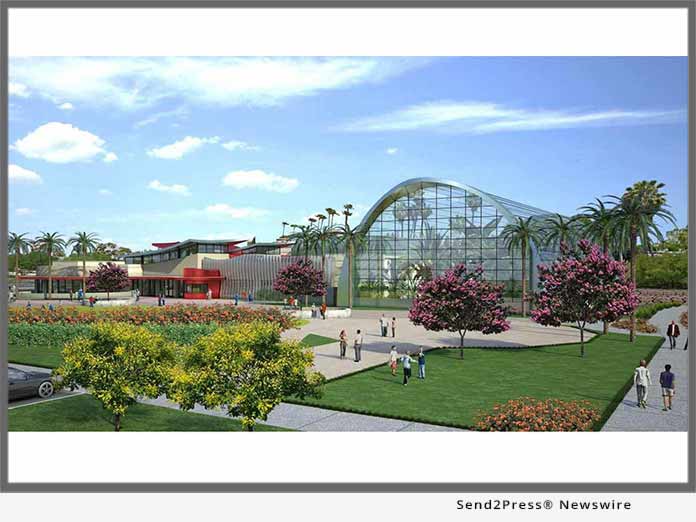 Garcia Rainey Blank & Bowerbank LLP (GRBB) today announced that the City of Buena Park, Calif. filed a lawsuit designed to halt its client, Butterfly Pavillion LLC, from completing a one-of-a-kind, world-class entertainment center for the city. Dubbed the "Butterfly Palladium," the project was to be the newest and highly sought after tourist attraction in Buena Park's plans to overhaul its aging entertainment corridor, which includes and surrounds Knott's Berry Farm.