TRENTON, N.J. /ScoopCloud/ -- For over 125 days, New Jersey's most prominent cannabis and bail reform activist Ed Forchion aka NJ Weedman, has languished in a Mercer County cell, held with no bail. On Wednesday, July 12, and Thursday, July 13, at 1 p.m. Forchion finally gets his day in court per a Bail Detention Hearing. Mercer County Court is located at 400 South Warren St in Trenton. Media and supporters are encouraged to attend.

It is sure to be a pivotal moment as new bail law reformists and cannabis activists around the world will be taking notice. Forchion, who is a jury nullification advocate, will represent himself in court.

As one of the more vocal casualties of New Jersey's controversial New Bail Reform law, Forchion's case has garnered international attention as the ethics of the law are being publicly debated. Under the state's new law, which went into effect January 1, officials cite that certain conditions can warrant pre-trial detention, like danger to the community, flight risk or threat to a witness. Opponents, including a wide contingency of bail bond agents, argue that the law denies defendants their constitutional right to bail.

NJ Weedman, the noted "Super Hero of the Potheads" recently ended a two week plus "Hunger Strike for Bail" at the prompting of celebrity bondsman / bounty hunter, Duane "Dog" Chapman, star of the reality TV show, "Dog the Bounty Hunter." Forchion initiated the strike to call national media attention to the New Jersey New Bail Reform Law. With the divisive law inciting a massive uproar, Chapman is positioned as one of its outspoken challengers. Chapman and his wife recently traveled from Hawaii to speak at a town hall meeting on bail reform in Edgewater, NJ and made trips to the Statehouse in Trenton as well, speaking in front of a panel regarding the New Bail Reform. Governor Chris Christie refused to meet with them.

Cites Forchion, "This isn't about cannabis it is about the constitution. For over 200 years The US Constitution guaranteed bail and now Governor Chris Christie has eviscerated it with the NJ Bail Reform Act. I am a political prisoner that has been unconstitutionally detained since March 3, 2017."

Forchion's long standing battle for marijuana law reform has been documented for over two decades. Considered by many as the "grandfather of marijuana reform in New Jersey," Forchion is a bone cancer patient who states he needs marijuana for his symptoms.

This most recent detainment stems from an early March arrest related to witness tampering. Forchion, after learning the name of a confidential informant, posted the information, with his lawyer's clearance, on Facebook. The original charges against Forchion were related to a raid last year on the popular New Jersey eatery, NJWeedman's Joint. Forchion co-owns the restaurant with his partner, Debi Madaio.

To keep abreast of Ed Forchion's battle, follow his page on Facebook at "Ed Forchion." Concerned citizens can support the cause with contributions to his PayPal account at NJWeedmans_Joint@yahoo.com.

Check out the footage of medical marijuana mom activist Debi Madaio as she campaigns for Forchion's support at the Bounty Hunter's Bail Reform Town Hall Meeting with Duane "Dog" Chapman at https://youtu.be/4N7R4h-iiyM. 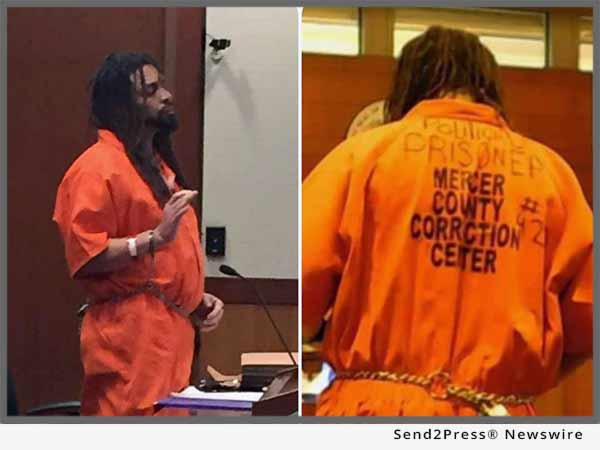 For over 125 days, New Jersey's most prominent cannabis and bail reform activist Ed Forchion aka NJ Weedman, has languished in a Mercer County cell, held with no bail. On Wednesday, July 12, and Thursday, July 13, at 1 p.m. Forchion finally gets his day in court per a Bail Detention Hearing. Mercer County Court is located at 400 South Warren St in Trenton. Media and supporters are encouraged to attend.