5 Bars Communities has entered into multi-year agreements with these Cities to begin marketing their assets for small cell colocation. This effort will enhance the ability for these cities to increase wireless connectivity throughout their cities.

As wireless carriers densify existing networks, it is estimated that the industry will deploy hundreds of thousands of small cells, making it increasingly difficult for cities to manage the application and deployment process. In collaboration with the carriers, 5 Bars will streamline applications with a predictable process, while preserving City aesthetics.

The decision for these Cities to partner with 5 Bars was based on maintaining control, preventing visual blight, and increasing connectivity for businesses, residents and citizens. The solution will be the foundation to deploy Smart City infrastructure, enhance business investment, and improve city services.

About Alameda:
An architecturally rich island community in the Bay Area with a small town feel. Alameda has a large number of educational institutions nearby, and more than double the restaurants and libraries as the "best places average."

About Clovis:
Clovis is situated in the agriculturally rich San Joaquin Valley. Clovis has been the "Gateway to the Sierras" and offers something for everyone. Recognized as a top city to raise a family.

About Hemet:
Hemet is a city in the San Jacinto Valley. With a "Pro-Growth and Pro-Development" approach, its economy is based primarily on service to the senior community and ancillary services, such as financial institutions and health care professions.

About Visalia:
A cultural, economic, and commercial hub, Visalia grows in population, diversity, and sophistication while taking pride in the small town feel. San Joaquin Valley's 5th-largest city and California's 44th most populous. 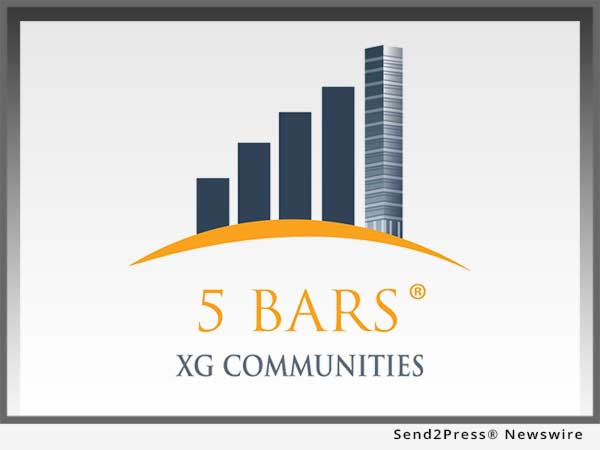 5 Bars Communities, a dba of XG Communities LLC, a premier provider of wireless plans, asset marketing and engineering services for cities and municipalities across the United States, announced agreements to market and manage wireless coverage solutions with the Cities of Alameda, Clovis, Hemet, Roseville, San Bernardino and Visalia.