AUSTIN, Texas /ScoopCloud/ -- Pamela Barnett has not had it easy. While she describes her childhood as happy, her family was poor and there were periods of homelessness. Later on in life, she pre-maturely gave birth to twins, Parker and Abigail, who did not survive. However, it was these life events, and others, that served to provide strength rather than defeat.

Today, she is the mother of two and a successful entrepreneur who is the author of several children's books, the founder of a tumbling gym, a Christian teacher and minister and, most recently, an app developer. Her latest app - tryitfreeapp.com - is set to launch on November 1.

"After the death of my twins, I left a bad marriage with my daughter and started over," she says. "At the time, I only had a high school education and no real way to provide for my daughter. For me, entrepreneurship was the answer."

TryitFreeapp.com will roll out in Texas, but Barnett has plans to take it nationwide. Like the name says, it's free and leads users to businesses that have free offers that include anything from a free facial or banana pudding to a martial arts class or pre-k reading class.

There are many small businesses that don't have a big marketing budget and this app will offer visibility to tens of thousands of users at a glance. Barnett says the goal is to get 100,000 users on board in Austin and surrounding areas.

Business owners can apply to be included in this initial launch for free and links can be found for pre-orders for androids and iPhones here: http://www.tryitfreeapp.com/.

This app is affordable, targeted and highly effective marketing right in the hand of the consumer. Driving new customers is as easy as a few swipes on a phone.

Barnett has two children - a 17-year old daughter, Katelynn, who attends the University of Mary Hardin Baylor and is on the acrobatics team; and her son, Jaxen, who is thriving in one of her private schools advancing three grade levels above his age in math. This is her second app - the first is an effective learning to read app - LearningtoReadwithAbbyGrace. Average just isn't in her vocabulary. She teaches her children and students, "Learn to multiply what you've been given."

Follow and learn more about Pamela Barnett at: http://www.abbygracebooks.com/ 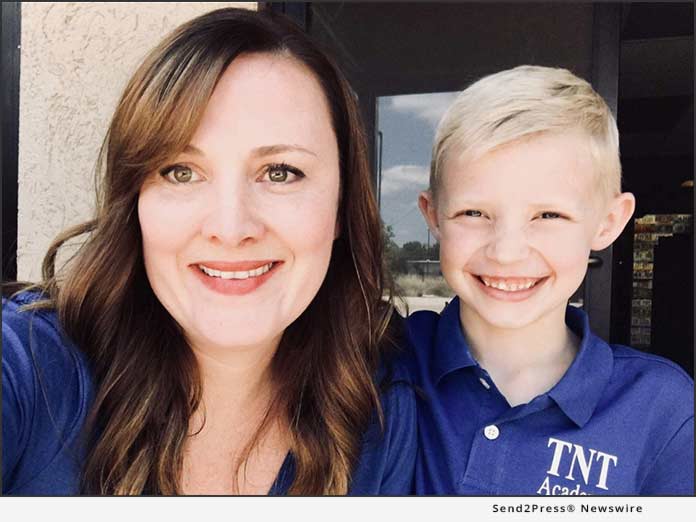 Pamela Barnett has not had it easy. While she describes her childhood as happy, her family was poor and there were periods of homelessness. Later on in life, she pre-maturely gave birth to twins, Parker and Abigail, who did not survive. However, it was these life events, and others, that served to provide strength rather than defeat.