The graduation was held Sunday, August 13 where the award was presented.

The 25-year law enforcement veteran is humbled by the honor. "I am grateful to be considered in the same league as Sergeant Dunakin," said Mayes.

The Mark Dunakin Memorial Award was established to honor the memory of Sergeant Dunakin, a UI&U student who tragically lost his life on March 21, 2009, at the age of 40, when he and three other Oakland police officers were killed in the line of duty.

The faculty noted Mayes was a perfect match for the criteria, particularly in his thoughtful approach and his desire to go above and beyond in everything he does.

Mayes is grateful for his career. "Helping people is my calling. I get more from them than they get from me. Every time I help someone, I walk away with perspective and empathy toward others."

Sergeant Mayes currently serves as the Academy Director for the Sacramento Sheriff's Academy. Prior to being promoted to sergeant, he spent 14 years on the SWAT team as the Assistant Team Leader. As sergeant, he remains active as an auxiliary SWAT team member.

In 2010, Sergeant Mayes was involved in one of California's longest hostage standoffs, during which he participated with his team to help save the life of a 16-month-old child after 56 hours of intense negotiation. He was recently reunited with the child, who has said he wants to be a police officer just like Mayes. And, the child's uncle, who was deployed overseas with the military at the time of the standoff, was so inspired by the officers' work that he is now a deputy with the Sacramento County Sherriff's Department.

"My goal of earning my college degree is a dream come true," said Mayes. "I was born and raised in Oakland. I didn't know Sergeant Dunakin, but I attended his funeral," said Mayes. "I will cherish this honor."

Union Institute & University is a non-profit, regionally accredited university specializing in providing quality higher education degrees for adults nationwide. Founded in 1964, Union's academic programs and services are the result of more than five decades of identifying and refining ways to structure and deliver education to meet the needs of adults.

Distinguished as the pioneer in adult education, Union perfected the concepts now common in higher education such as the hybrid model, a blend of online and traditional classroom instruction, interdisciplinary studies, and student centered education with socially relevant and applicable learning outcomes in its undergraduate, master's and doctoral degree programs. The university is guided by its core mission to educate highly motivated adults who seek academic programs to engage, enlighten, and empower them to pursue professional goals and a lifetime of learning, service, and social responsibility.

Union is a national university with five academic centers located in: Ohio, Florida, California, and Vermont. 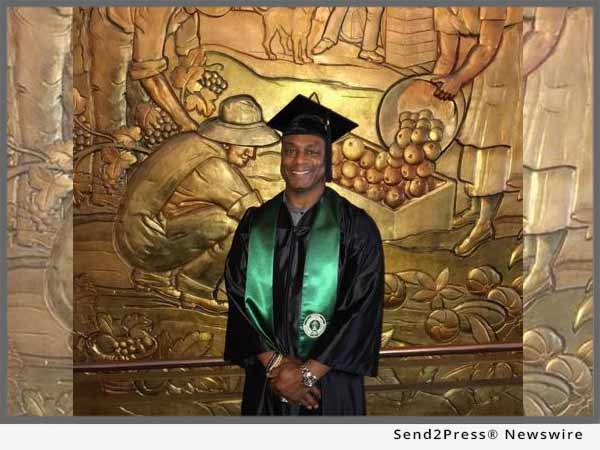 Sergeant Orrlando Mayes with the Sacramento County Sheriff's Department is the 2017 recipient of the Mark Dunakin Memorial Award for Extraordinary Achievement, the Union Institute & University announced today. The graduation was held Sunday, August 13 where the award was presented.