BROOKLYN, N.Y. /ScoopCloud/ -- While gun control continues to be a talked about topic, Unique Messengers is not only joining the conversation, but singing about it. This musical group is on a mission to deliver "music with a message" and their latest single, "Give up That Gun," is no exception to the rule.

Officially released in August, the song contains a pertinent message they hope would inspire listeners to make positive changes in their lives and support gun reform. "Give up That Gun" was written by Winfield Craig, produced by Albert Henry and mixed by Micangelo at the Mix Palace on New York's Long Island.

"I had many sleepless nights while producing this song, but I was determined to expedite getting it finished. The message in this song is very important and one that everyone should hear. I pray that God touches your heart as you listen to this song," Henry says.

Craig says that he was actually inspired for the melody in a dream he had many years ago.

"It was God who inspired me and then later helped me to write the lyrics," he says. "It's my hope that those who are moved by the song will support us by downloading it, because when they do, they will be playing a significant role in helping us increase awareness on the importance of gun control."

Craig and Henry were recently invited to preview their song at TOP Civic Center in Brooklyn during the Fourth Annual Evening of Remembrance and Reflection Reception to End Gun Violence. The event was to support families who lost children to gun violence and to raise awareness and money for the Public Safety Coalition pilot program - the first of its kind in New York City.

The song was well received and garnered positive feedback. The event was well attended by clergy, police, politicians, and families of gun victims, gun control activists and their guests.

"Give up That Gun" can be described as relevant, thought provoking and inspiring.

"With an unexpected melody and powerful lyrics, the song grasps your attention from the start and leaves you with a desire to listen to it again and again," Craig says.

"Give up That Gun" is available for download on all major digital distribution outlets including iTunes, Google Play, Amazon.com and CD Baby.

Unique Messengers is comprised of two men who are passionate about their desire to inspire and motivate others through the messages in their music.

Craig is the founder of Unique Messengers, the writer of most of their spiritually-inspirational lyrics and he also performs with the group (lead and background vocals). He moved to the U.S. from Trinidad after having a powerful and inspiring dream about Jesus Christ's return.

Henry, also a native of Trinidad and Tobago is the producer for Unique Messengers. He is a lead and background vocalist as well as a songwriter who helps with writing original music for the group. 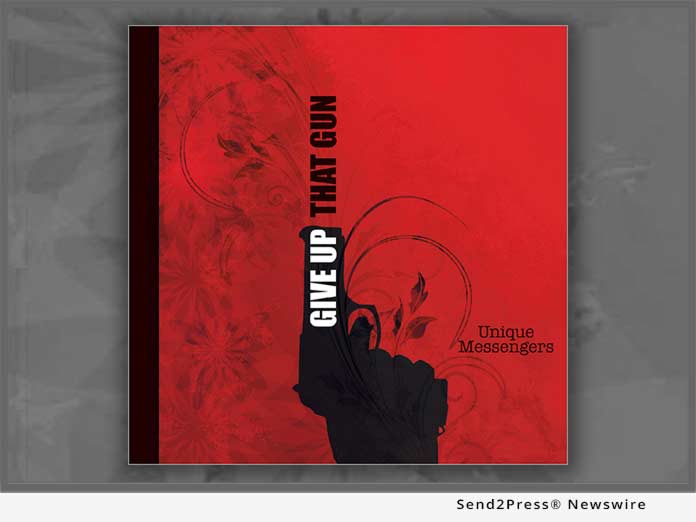 While gun control continues to be a talked about topic, Unique Messengers is not only joining the conversation, but singing about it. This musical group is on a mission to deliver "music with a message" and their latest single, "Give up That Gun," is no exception to the rule.