CINCINNATI, Ohio /ScoopCloud/ -- The OLFACT™ Test Battery, developed by Osmic Enterprises, was initially developed to detect olfactory impairments. Now, it's been adapted as an automated, self-administered screening test to predict Alzheimer's disease/dementia and is being tested by a number of prominent physicians and research laboratories around the United States and in China.

People sense smell through the olfactory nerve and the olfactory system is often one of the earliest sites where the signature neuropathology of Alzheimer's disease is found. The olfactory system is also intricately connected with the hippocampus, a brain structure that plays a major role in the formation of memories. These factors suggest that the sense of smell could be effective in assessing for development of the disease.

The OLFACT™ Test Battery consists of a miniaturized olfactometer (instrument to generate smells) and a tablet-based app which controls presentation of the smells by the olfactometer and administration of the test protocols on the tablet.

The test battery has four standard olfactory function tests: odor identification, memory, discrimination and threshold. The tests are presented in an unbiased manner with computer-accurate consistency concerning timing and smell concentration. The app scores and provides a report of the results and all data is stored in real-time in a central, cloud-based database.

Osmic Enterprises is currently in the process of applying for FDA approval for the test. Once it receives FDA clearance, it can be used with other biomarkers to screen for Alzheimer's/dementia.

In the immediate future, the test can help to select subjects for Alzheimer therapeutics clinical trials. Currently, 10 subjects must be screened to find one acceptable for inclusion into a clinical trial (average cost per enrolled subject, $49,000). The OLFACT™ could potentially increase these odds and help to lower recruitment costs while selecting better suited candidates.

The test has been validated in a number of National Institutes of Health-sponsored clinical trials including one at the Rush Medical Center in Chicago - the Memory and Aging Project. This was a community-based prospective study where normal cognitive adults, 65 and older, were enrolled and underwent annual exams until death. The OLFACT™ Test Battery was added into those annual exams and data was collected for approximately 600 patients for three consecutive years (2010-2012).

Data analysis showed that the results from the OLFACT™ Test Battery can be used to predict the probability of Alzheimer's developing in an individual over a four to 10-year timeframe.

In another study at Harvard, the test battery was shown to accurately identify subjects as being cognitively normal, mildly impaired or having Alzheimer's/dementia. Other clinical trials are underway at Indiana University School of Medicine and Hershey Medical Center/Penn State University.

The OLFACT™ Test Battery is not a diagnostic test, it only predicts the odds that a patient will develop Alzheimer's/dementia.

"The consensus in the field is that since Alzheimer's is a disease with multi-factorial etiologies, there probably will never be a single diagnostic test," Dr. Lloyd Hastings, president and director of research, Osmic Enterprises, says. "It will require a number of screening tests, each probing a different physiological substrate, to obtain a definitive answer and The OLFACT Test Battery is well positioned to be one such test."

By combining cutting-edge technology with sound psychophysical principles, Dr. Hastings says that its innovative tests will become industry standards for assessing the sense of smell in medical clinics, industrial workplaces and research laboratories.

The product and its data on predicting Alzheimer's will be presented at the Clinical Trials on Alzheimer's disease (CTAD) conference from December 4 through 7 at the Hilton San Diego Bayfront. Dr. Hastings will be available for interviews.

Learn more about the company at: http://www.osmicenterprises.com/ 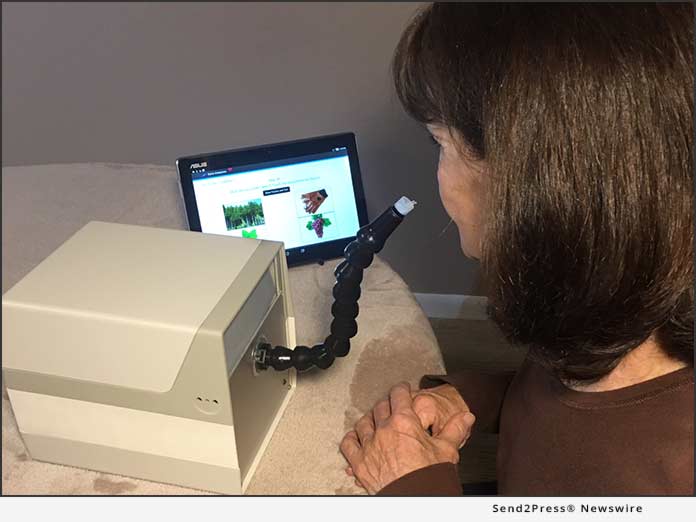 The OLFACT™ Test Battery, developed by Osmic Enterprises, was initially developed to detect olfactory impairments. Now, it's been adapted as an automated, self-administered screening test to predict Alzheimer's disease/dementia and is being tested by a number of prominent physicians and research laboratories around the United States and in China.