The show opens to the public at 10 a.m. on Saturday, October 7, 2017 at the Grace Arts Center Pavilion in Mills River, near Asheville Airport. The show runs for one day only. More than 30 old Willys Jeeps will be in one location with something for everybody, including the popular World War II restoration and civilian models from 1941-1964. The show includes exhibitors from many different states.

The original Willys Jeep was created for the military during World War II (WWII) and is a great American success story. The original Willys Jeep was designed in only 18 hours and the prototype arrived only 30 minutes before the government deadline. 660,703 Jeeps were built for World War II. Gen Dwight D. Eisenhower listed the Jeep among the three primary tools that helped win WWII.

Willys was a record breaking independent auto manufacturer and was assembled in 22 countries. Jeep celebrated its 75th Anniversary just last year, with events all around the world.

Will Springer, event producer for the Southeast Willys Jeep Get Together annual auto event, said, "I was delivered from the hospital in a Willys Jeep. Some of us have owned Willys all our lives and others are newbies. All the different stories make it an interesting event, and Willys is a great American story."

TICKETS:
Public tickets can be purchased at the gate. Prices are $5; free for children under age 6.

MEDIA CONTACT:
Will Springer
Southeast Willys Jeep Get Together
(828) 687-0034
wills@SoutheastWillysJeepGetTogether.com 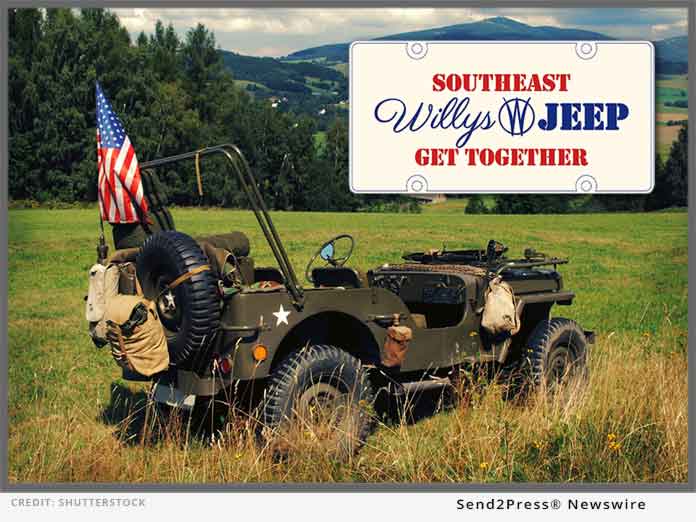