"These three young men have done phenomenal jobs assisting as student coaches at our camps over the last few seasons. After having come through our program as campers, and more recently as student coaches, we realized it was the right time to enlist them as regional kicking coaches to help grow our national presence even further," said Brent Grablachoff, owner of Kicking World.

Pat Davis
The Lacey Township (Lacey, NJ) native Pat Davis has been a student of Kicking World since the 8th grade. The new kicking coach studied under Coach Brent Grablachoff throughout HS and College and is wrapping up his final season at Pace University. Pat will handle Kicking World's very popular NJ/NYC corridor.

Patrick Sandler
The Roncalli HS (Indianapolis, IN) standout kicked 2 game-winning field goals in the Indiana HS state playoffs. Patrick Sandler attends the University of Dayton in Ohio and serves as a student coach at Kicking World camps across the Midwest. Patrick will now offer kicking lessons in Indianapolis.

About Kicking World
Kicking World (www.kickingworld.com/) is the leading football kicking, punting & snapping instruction provider in the world. The Company, based in Austin, Texas holds over 50 national kicking camps in 34 major cities in 20 states training over 1,500 students a season. Coach Brent Grablachoff and his staff also provide year-round private instruction. Kicking World's clients include hundreds of students from all levels including Professional, Collegiate, High School and Youth from various geographic locations across the world. 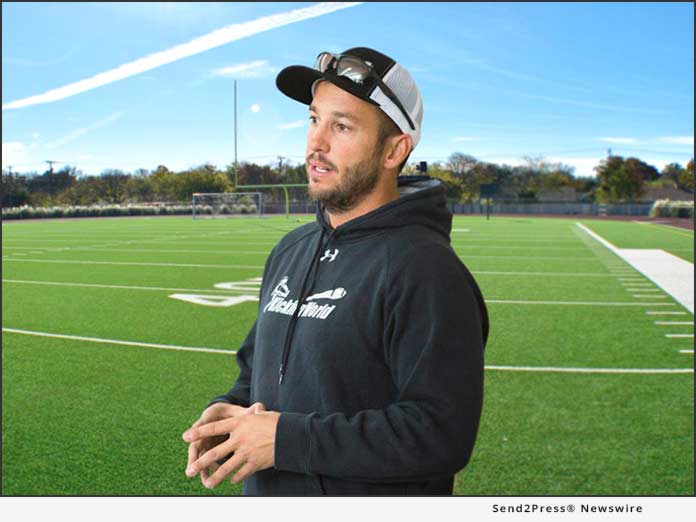 Kicking World expanded its reach today by deploying three new coaches who will service the football enthused states of New Jersey, Ohio, and Pennsylvania. Owner Brent Grablachoff made the announcement.