When the work completed in January 2015, the district expected to save just over $331,000 within a three-year period. But the upgrades have yielded savings that are more than two times higher than projections. The district's electric consumption reduced by 33 percent, and gas consumption was cut by 34 percent. These savings calculations were normalized for weather.

"We partnered with Energy Optimizers, USA, to help us make strategic and cost-effective improvements to our energy efficiency, and it is clear that those investments are paying off," said Superintendent Adam Bird.

"The upgrades, combined with greater awareness about energy conservation amongst our staff and students, are delivering tremendous dividends for our classrooms and our taxpayers."

The majority of the work was funded through the Ohio Facilities Construction Commission's House Bill 264 program, enabling the district to make these cost-cutting improvements at no expense to taxpayers while ensuring the guaranteed savings of the project are met or exceeded.

"Several years ago, New Richmond Exempted Village Schools' leadership team determined it was time to gain greater control over its utility costs by investing in proven solutions," said Greg Smith, Energy Optimizers, USA, president. "That insight has resulted in significant savings that will continue to add up over time while providing students with a greater awareness of STEM-related careers through the district's green teams."

The green teams are part of the district's Energy Education & Awareness Program, which Energy Optimizers, USA, funds for most of its partner districts. The program offers resources to develop and implement sustainability programs, scholarships, an educational trip to The Ohio State University to build a district "Energy Bike" and numerous after-school activities to educate the students, staff, and community about energy efficiency and sustainability.

About Energy Optimizers, USA:
Energy Optimizers, USA works with educational, governmental, commercial and industrial customers to implement energy savings opportunities to reduce operational costs, including lighting retrofits, renewable energy projects (wind and solar), HVAC retrofit projects, building automation retrofits and energy education programs. The company was named to the INC. Magazine Top 500 list of fastest growing companies in the U.S. (2014), was named the Fastest Growing Company in the region for two consecutive years by the Dayton Business Journal (2013, 2014), and was named a finalist in the Dayton Business Journal Best Places To Work competition in 2016. 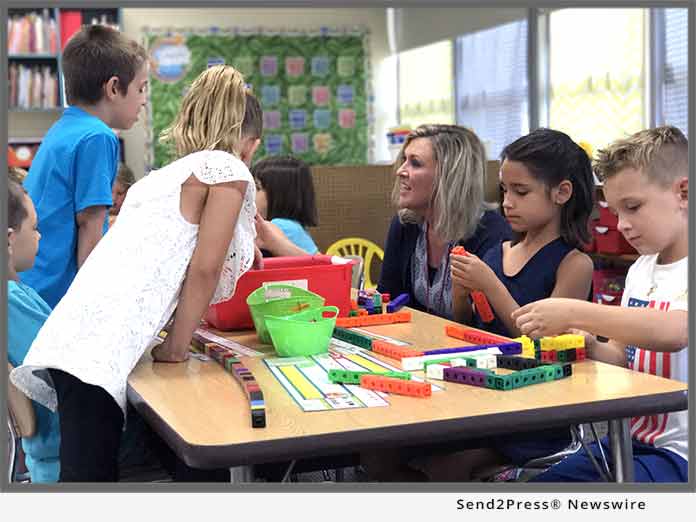