To match the original release, one dollar from the sale of every album will be donated to the Olivia Newton-John Cancer Wellness & Research Centre (ONJ Centre), a nonprofit organization dedicated to providing patients with cancer access to leading medical treatment, breakthrough research, and the best in wellness and supportive care.

“I had known for a while that Juliana’s cover album was going to be released and I was excited to hear it,” says Pocker. “My previous two singles – which I recorded with Michael Eisenstein, Kay Hanley, and Tom Polce of Boston’s Letters to Cleo – were actually written on a guitar previously owned by Juliana that she used to write her album ‘Peace and Love.’ So the whole thing gets very self-referential just from the get-go.”

He added, “When I got the email from American Laundromat Records with the cover art, the title ‘Sam Pocker Sings Juliana Hatfield’ just popped into my head and I began laughing way too hard at the idea.”

The album is available on all major digital services and on the artist’s Bandcamp page which is located at: https://prettycolors.bandcamp.com/album/sam-pocker-sings-juliana-hatfield

The music video for the single “Universal Heartbeat” can be seen on YouTube at: https://youtu.be/CMs7TPkpyBA

Sam Pocker is an award-winning author, filmmaker, and artist. His work has appeared in the Wall Street Journal, The Washington Post, New York Daily News, PIX 11 News, Sirius Radio, NPR, and many other media outlets. 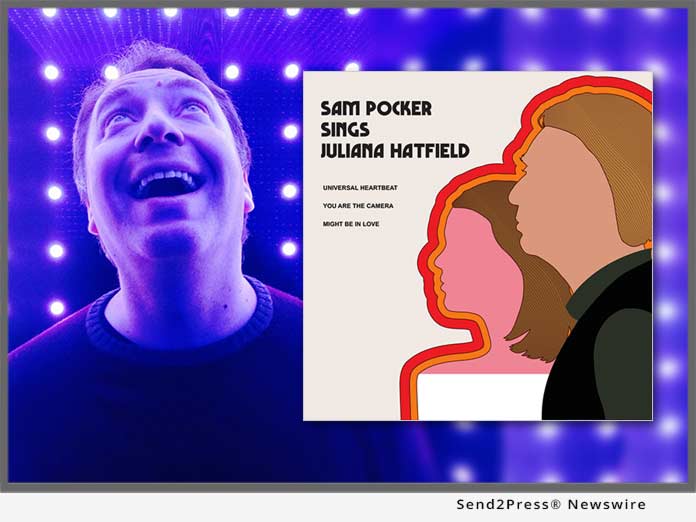 This version of news story was published on ScoopCloud™ (ScoopCloud.com) – part of and © the Neotrope® News Network – all rights reserved.