FREDERICK, Md. /ScoopCloud/ -- Phenomenology, Inc., an innovative production model in the performing arts, announced it has secured "Sopranos" star Jamie-Lynn Sigler to lead a powerful cast in the staged reading of a new play for MANHATTANonPATRICK at the Weinberg Center for the Arts in suburban Washington D.C. on September 27.

Well known for her work in "Beauty and the Beast" on Broadway, HBO's "Entourage" and her unforgettable role as Meadow Soprano in HBO's ground-breaking television series "The Sopranos," Sigler will lead a four person cast as a cutthroat attorney in "Second Derivative," a full-length crime drama previously workshopped with the Maryland Ensemble Theatre and Off-Broadway with The Actors Company Theatre in 2016. The play was workshopped with both MET and TACT under a previous working title and Sigler was not a part of either project.

"We are thrilled to have Jamie join us for this performance," says Jeffery Keilholtz, Artistic Director & CEO of Phenomenology, and also "Second Derivative" playwright. "MANHATTANonPATRICK is the flagship theatre program for Phenomenology, specializing in the production of high-value limited engagement stage performances, with the purpose of identifying high-potential regional performers and technicians and giving them unique opportunities to showcase their gifts."

In its inaugural outing, MANHATTANonPATRICK will premiere a dynamic staged reading of "Second Derivative" for one night only at the historic Weinberg Center for the Arts - on Patrick Street, in Frederick, Maryland. The cast also includes Keilholtz, himself a Frederick native, along with Bru Ajueyitsi and Amanda Shafer. Mr. Ajueyitsi is from Washington D.C. and Ms. Shafer is from Frederick.

The evening will feature a red carpet reception, performance and post-show Q&A. Admission to the after party with cast members and the director is also available to a limited number of ticket buyers at an additional cost.

Adds Keilholtz, "The privilege of bringing together all of this talent, including both Jamie, as a performer, and Ashlie, as director, adds enormous value to the promise of MANHATTANonPATRICK and the endeavor of Phenomenology to create a new corridor of professional activity between Frederick, Maryland and major media markets - beginning with New York City, the theatre capital of the world."

Tickets for MANHATTANonPATRICK are available to the general public beginning August 15 at https://weinbergcenter.org/ or via box office hotline: 301-600-2828.

For more information about MANHATTANonPATRICK, visit the Phenomenology website: https://phenoart.org/.

Phenomenology, Inc., a 501(c)(3) non-profit organization, is an innovative production model to raise the quality of life for performing artists and technicians by creating meaningful partnerships in the entertainment industry - coupled with the production of high-value projects - to generate a first-of-its-kind corridor of professional activity between Frederick, Maryland and major media markets. 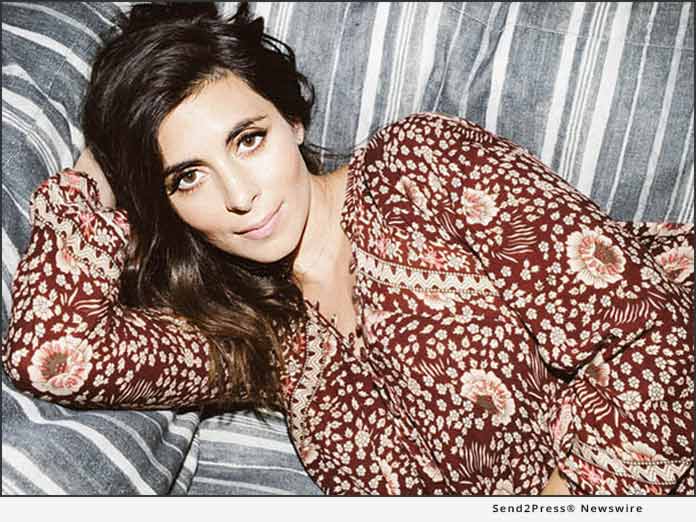 Phenomenology, Inc., an innovative production model in the performing arts, announced it has secured "Sopranos" star Jamie-Lynn Sigler to lead a powerful cast in the staged reading of a new play for MANHATTANonPATRICK at the Weinberg Center for the Arts in suburban Washington D.C. on September 27.